I want to start making a Bluetooth API for Powerbox V2.

My knowledge of app building for Apple and Android is not so good so therefore I want to create a public API so you out there can make apps yourself.

Is this something that is intersected for you guys out there who can build apps?

I would also like to enjoy that opportunity, it would be great if you could add speedometer in the app or powerbox, it could replace the original display!

yes speedometer is easy to add

But I hope we can get someone to make the app. I have too much to do so if we can get some app gurus to make a good app it would have been nice . It’s time-consuming for me to have to make this myself. But an API I have time for

The best thing would have been if we got someone who can little about app programming to help us get started. Perhaps we could create a separate forum section about App Development. Then we can build a good app for Powerbox together.

Hi guys I now have an API ready in firmware v1.96

I will send out v1.96 to you all during the evening 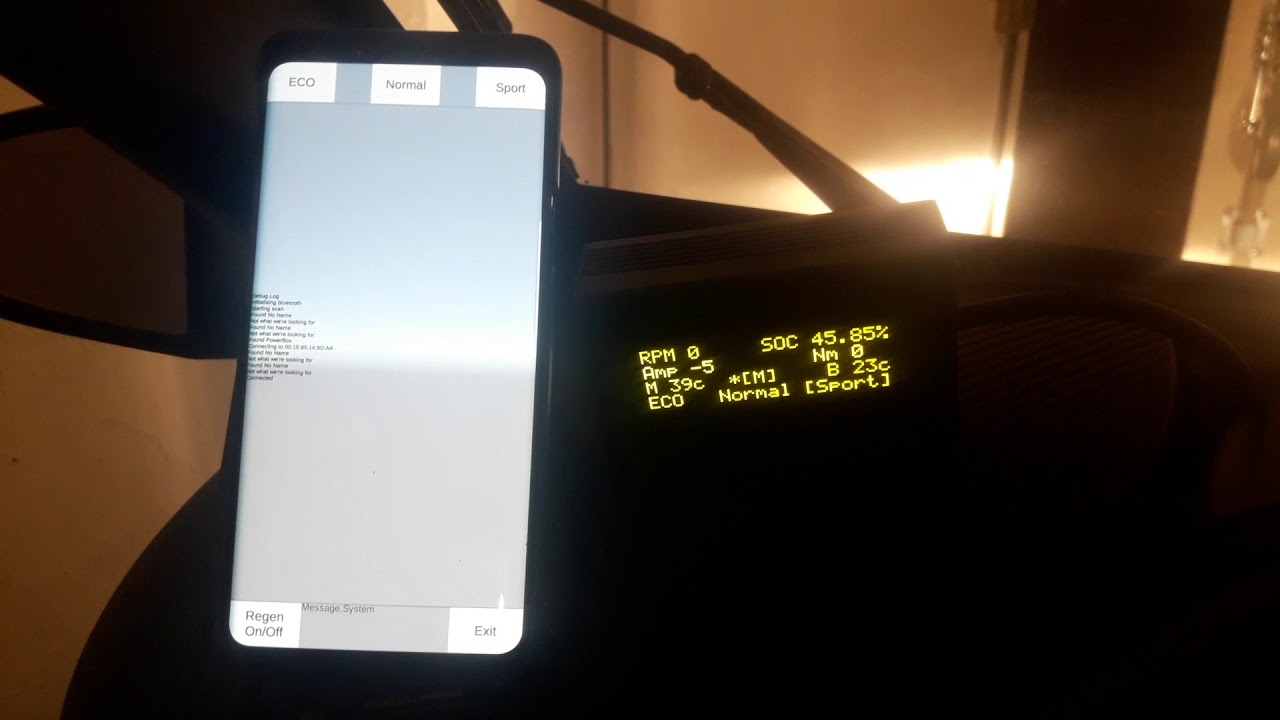 fantastic @Niklas good to see that someone has started creating an app for Powerbox :-))))))
What programming software do you use? Maybe it’s a good idea to put everything on github so that more people can participate if anyone wants it.

No problem. I use unity3d, its actually a game engine however its very powerful in that it lets me to compile both for Android and IOS from the same build. And it lets me work in C#.

The frontend for BLE I use however is not free and it requiers one license per developer. But its only 17$ and for the price of 2 pizzas the amount of work put into it, its well worth it.

Those who want access to the source must show that they own the license (Link below).

Releasing to IOS is also a pain since you would need a developer account on app store, i Think it was something in the line of 90$ per year (Android master race)

If anyone does have a developer account i could send over an Xcode Project ready for compilation.

Releasing betas for ios thru TestFlight is free but if i remember correctly they need to pass a review and its not exactly turnkey release för the receptient.

I can strip out the BLE frontend from the script and make one seperate build for those who want to tinker without buying the license.

That way anyone can help with the graphical part and some scripting.

Let me know if there is interest for that!

Great work on this, awesome to have this coming to the Twizy owners, shame I still have the PB1