Inspired by the Tour de France with a Twizy by Jean-Jacques Pierron and widely supported by the Facebook “Twizy Fans Francophones… or not” group, I start organizing a Tour de France in Twizys … and relay !

The big difference with the Jean-Jacques Pierron’s one is that “Twizy Fans Tour” will not be the performance of a single person or a single vehicle, but the expression of the strength of a community believing in EV in general, and in the Twizy in particular.

Since it is a relay tour, the idea is to get a “witness” (I don’t know if you call that like that) from a Twizy owner to another, going through so many people and places that the borders of France will not be large enough and that Twizy owners across the entire Europe will participate.

In addition to a “massive” participation, the benefit is to mobilize each participant shortly and when he can, for example just the time to drain the battery or less, while riding a few tens of kilometers. The trip can be done alone or with others.

The Twizy Fans Tour will probably be long and will run throughout the spring 2015.

I created a forum specifically dedicated to the organization of this event, and if you are interested, follows the link to register.
Please, register and specify the city or location around which you want to take over. Participate to the biggest Twizy event since the creation of the world ! 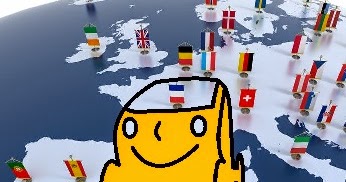 Inspired by the Tour de France with a Twizy by Jean-Jacques Pierron , and widely supported by the Facebook " Twizy Fans Francophones ... ...

I’m in signed up a few weeks ago.

I’m in signed up a few weeks ago.