Jaguar iPace at the Art of Performance Tour 2018

I went down to Goodwood House today to take a sneak peek at the Jaguar tour which I’m due to attend tomorrow. Got some decent photos of the cars but will post some better ones tomorrow.

Great, looking forward to it.
My test drive is on the 11th November.

) . My dad and I took out a black iPace on a predefined route which was programmed into the sat nav.

The drive in total was probably around 30 minutes through some small villages and along some country lanes in West Sussex. We switched driver half way through, so we both got a good sense of how the car handles and what it’s like to drive. Spoiler alert, it’s AWESOME.

From the colours there on the day, the blue with black wheels was probably my favourite. I’m not sure the photos do this colour justice. It just stood out completely.

This is the Proton red (the colour Jaguar uses a lot in promotional material and early test drives), although in reality it looks more orange. Not sure I’m a fan.

Wasn’t a fan of the black at first either, until I saw it in this light and at this angle. Probably my second favourite after the blue.

The interior is very similar to other Jags, although you can clearly see some technological progression in the iPace. It has a heads up display (HUD) which I didn’t manage to photograph, but I found myself using all the time as it displayed the current speed limit, your current speed next to it and satellite navigation directions when needed. It felt very natural to have this information essentially hovering over the road in front of you.

Anyone who has driven an E-Pace or F-Pace will be familiar with the HUD I’m talking about, although it’s definitely a step up from the display used for the HUD in the F-Pace.

The speed and sat nav information is also displayed on the dashboard, along with other information and warnings that occasionally pop up, such as if you get too close to the edge of the road.

The center dashboard is also very similar to the one used in ICE Jaguar cars, and it feels more premium than it looks. I was worried about how laggy the on-screen menus would be after seeing some early demos, but in reality it’s perfectly fine and not something I’d worry about. In fact, it has a shed load of controls and options but all are well laid out and easily accessible.

My dad’s favourite part of the car was how easy it was to set up his phone using the bluetooth functionality. He’s getting old and usually struggles with things like that in cars, but he had his set up and working perfectly within a couple of minutes.

There’s plenty of stuff the car has that I’ve not mentioned, so if anyone’s interested in anything in particular, just ask!

This is just a photo of the iPace at the lay-by where we switched drivers. As you can see, a perfect day for some driving! 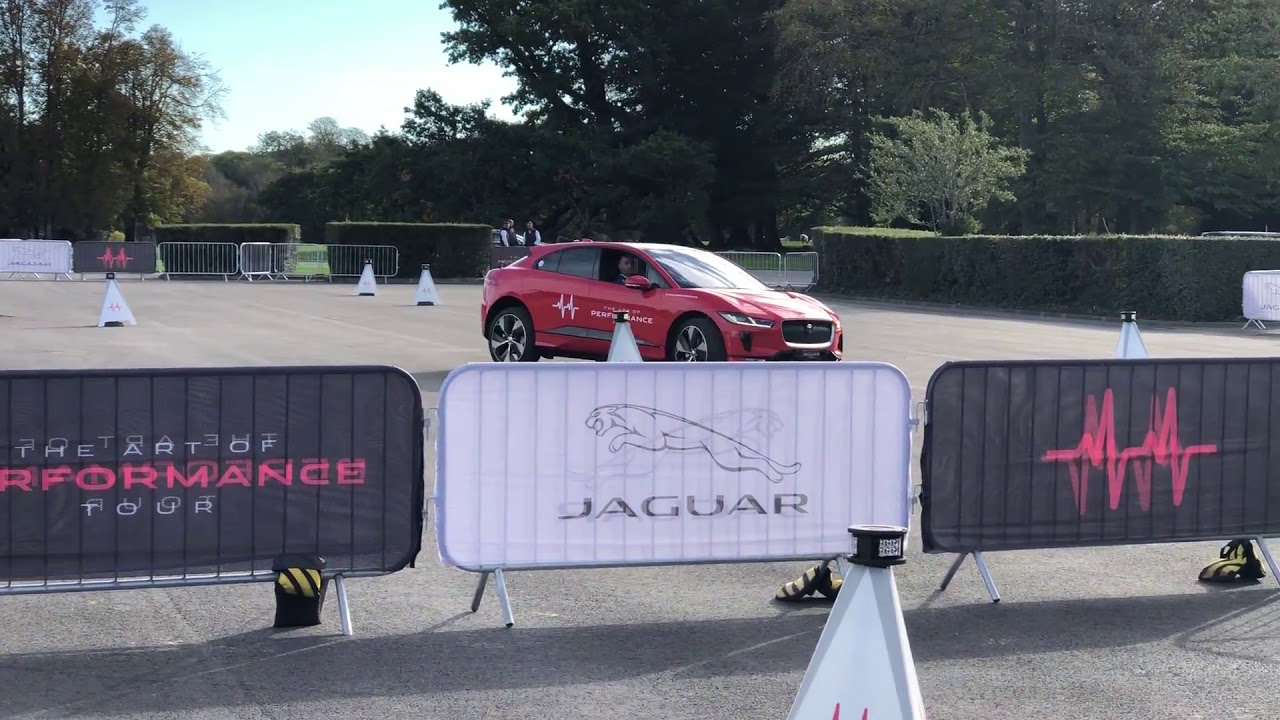 We also got to take part in a cone challenge. You had to get the iPace through a series of green gates in the quickest time with the shortest distance. My dad (in the video) posted a very impressive time and beat me!

Jaguar also brought along their entire range of cars for us to test drive along a similar country route. Again completely unsupervised. My dad and I stayed the longest out of our group to basically drive everything on offer. We were probably driving cars for 3 hours, not including the iPace test drive!

This is the F-Type V6 380PS in black and the F-Type 2.0 litre in red. We drove both, and the noise from the black one was incredible! However for an everyday car, the 2.0 litre was the more practical and still impressive.

Overall it was a great day out and if you ever get a chance to attend a Jaguar event I’d recommend it. I would love to own the iPace, although I think I’ve decided that £80k for the first edition is just too much money and think I’ll wait a few years to pick up a second hand one in good condition.